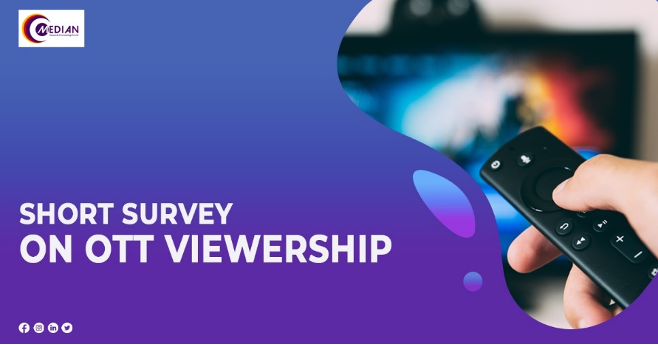 As the country is severely affected by the covid19 pandemic, people are acclimatized to the idea of work from home and social distancing. There has been a drastic change in viewership patterns where watching web series and movies on OTT Platforms has become an integral part when it comes to entertainment. Median Research has conducted a survey amongst BENGALI GEC VIEWERS to understand the viewership pattern of the respondents.

The sample size of the survey was 100. The target group included NCCS A and B, Male and Female within an age group from 18 to 55years. The responses were spread across Kolkata & Rest of Urban Bengal.

There were certain questions that were asked to the respondents which helped in getting a clear picture of the current trend.

47% of the respondents are avid watchers of OTT platforms while the rest 53% were prone to watch serial more when it comes to entertainment.

The reasons behind the serial getting the maximum response were

So, people are making up for actual Movie-Hall experience by watching movies on the OTT platforms. Maybe that’s why Hotstar & Hoichoi are leading the pack with both having released some big movies in the recent past.

The shows and movies mostly liked on OTT Platforms include different genres.

Effect on Television Shows and Serial due to OTT Platform

The viewers have got an additional platform (OTT) to watch serials on, which gives them flexibility of watching serials at their own time & pace.

Even with the emergence of so many OTT Platforms over the years 94% of the respondents have stressed that the viewership of Television Serials have not reduced.

Only 6% respondents with an age bracket of 25-30 years have stated that the Television serial viewership is getting overshadowed by the OTT Platform content.

To Conclude we can say that although OTT platforms are catching up fast & becoming popular amongst the viewers, TV viewership – especially that of serials will stay. It’s a habit that has become imbibed in the daily routine of the households.